Windowofworld.com – Vape is a designation for vaporizer, which is e-cigarrete or e-cigarrete. The vape converts the heated liquid to steam. Steam is what is inhaled as a substitute for cigarettes. Many people replace cigarettes with vape because it is considered healthier than ordinary cigarettes. However, this is not entirely true.

The liquid used in vape contains glycerin or propylene glycol as the main substance. The liquid also contains nicotine, a substance commonly found in cigarettes. In addition, the liquid for vape contains flavoring substances and other additives. Vapors can be sold including liquid contents, or purchased separately.

Is Vape Safer Than Cigarette?

Vape does not contain many harmful substances in cigarettes, such as tar and carbon monoxide. However, there are various chemicals that also have the risk of disrupting health in the vape content.

Based on studies, researchers found there was a decrease in the content of toxins and cancer-causing substances (carcinogens) after the use of vape, compared to ordinary cigarettes. However, the decrease is relatively small, especially for vape users who still do a combination with ordinary cigarettes.

There are chemicals that are very likely to settle in the lungs if you use vape. For example, formaldehyde and heavy metals that can stick to the lungs, thus interfering with breathing. Even some types of taste in vape can cause interference with the lungs.

Substances to Watch Out for in Vape

Although many people consider vape to be healthier than cigarettes, in reality vape contains various harmful substances, such as:

Most vapes contain chemical nicotine. It is well known that nicotine can be dangerous to health. One of them is against the heart and blood vessels. For those of you who already have heart problems, nicotine can make the condition worse.

Be careful too if you are a pregnant woman who smokes vape. Nicotine contained in vape liquid can harm the baby in the womb. Also keep vapor smoke away from children. Because, nicotine can inhibit the development of a child’s brain, and has the potential to interfere with memory.

As with cigarettes, the nicotine in vape can also cause users to become addicted. When you get used to taking nicotine and then stop it suddenly, you may experience nicotine withdrawal symptoms, such as irritability, anxiety, stress, and tend to withdraw from relationships.

The taste in vapor vapors is made of liquid with diacetyl material. But if inhaled, these chemicals harm the body, especially the lungs. One of the diseases that can occur due to inhaling diacetyl is bronchiolitis obliterans, or known as “popcorn lung”. Characterized by a dry cough that does not go away, shortness of breath, wheezing, fever and headache. There are also effects in the form of skin, eye, nose and throat irritation.

This substance is actually intended for building materials, and is used also with other materials as antifreeze substances. Formaldehyde is dangerous if inhaled, because it can cause cancer.

Given that the technology of e-cigarettes or vaping is still fairly new, so far the impact of vape smoking on health in the long term is still uncertain. Although some people think that vape is healthier than ordinary cigarettes, vape actually still has risks because of the content of the substances in it. You better try to stop smoking, both regular cigarettes or vape, for a healthier body. If necessary, consult a doctor to help you stop smoking. 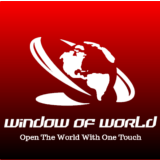